"We Are So Stupid; We All Dream" (For Richard Butler) 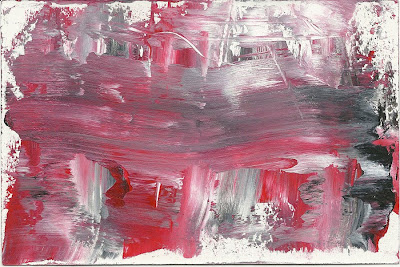 "We Are So Stupid; We All Dream" is one of three paintings named after lyrics in three Psychedelic Furs songs by Richard Butler. The St. Louis rock group Bunnygrunt has recorded a song called "More Loves Than Stupids," based on the observation that Richard Butler used the word "love" more often than the word "stupid" on the debut Psychedelic Furs album. He also used the word "dream" frequently, as well, teaming it with "stupid."

Posted by Tony Renner at 8:56 PM No comments: